Come out on October 28th to Sailor's Cross tattoo and gallery on Feret st at 8pm. Leigh Barrose and I are showing our work from our recent trips to Cuba. Come see Cuba from the perspectives of two New Orleans photographers. There will be food, beer, tobacco and music. Come party with us! It's for a good cause too, we will be taking up donations for hurricane relief from the recent season's devastation in Cuba 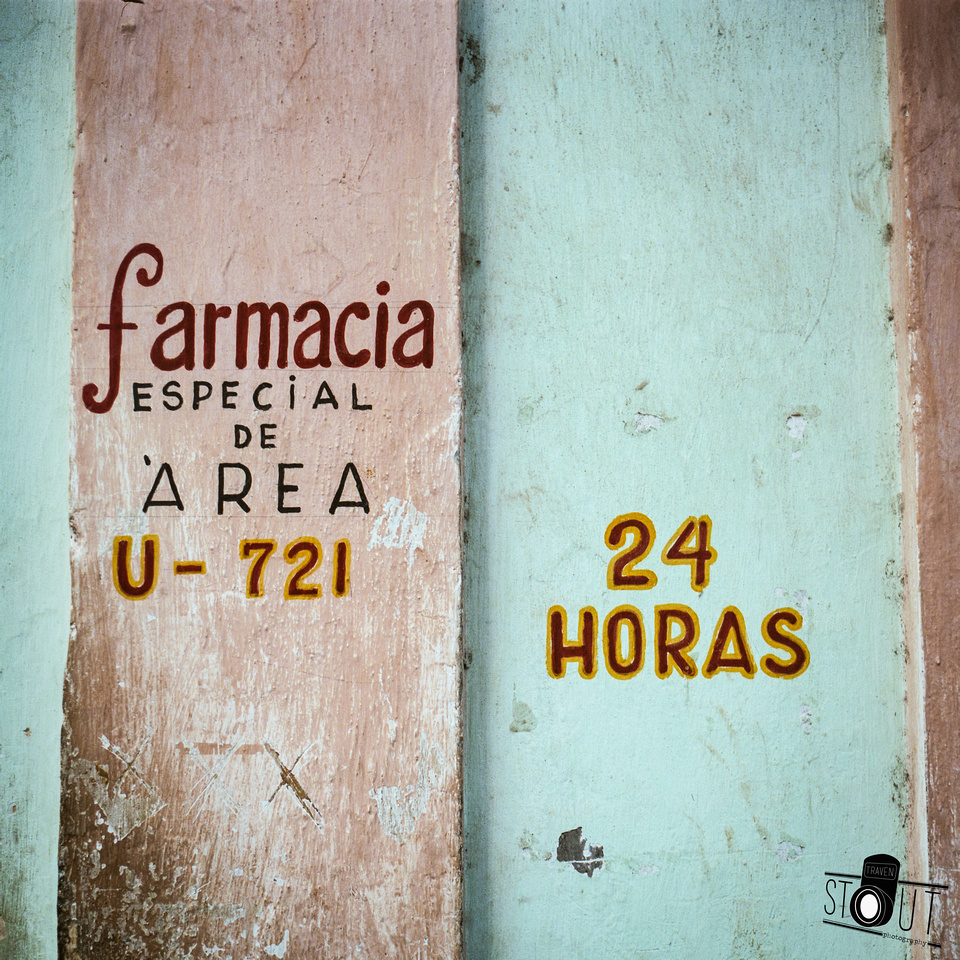 I will have on display and for sale 12 Limited Edition 16x16 prints from my puedo tomar tu photo series. I did a limited edition run of 3 16x16 prints. That means there will only be 3 16x16 prints of each one of these photos ever made. 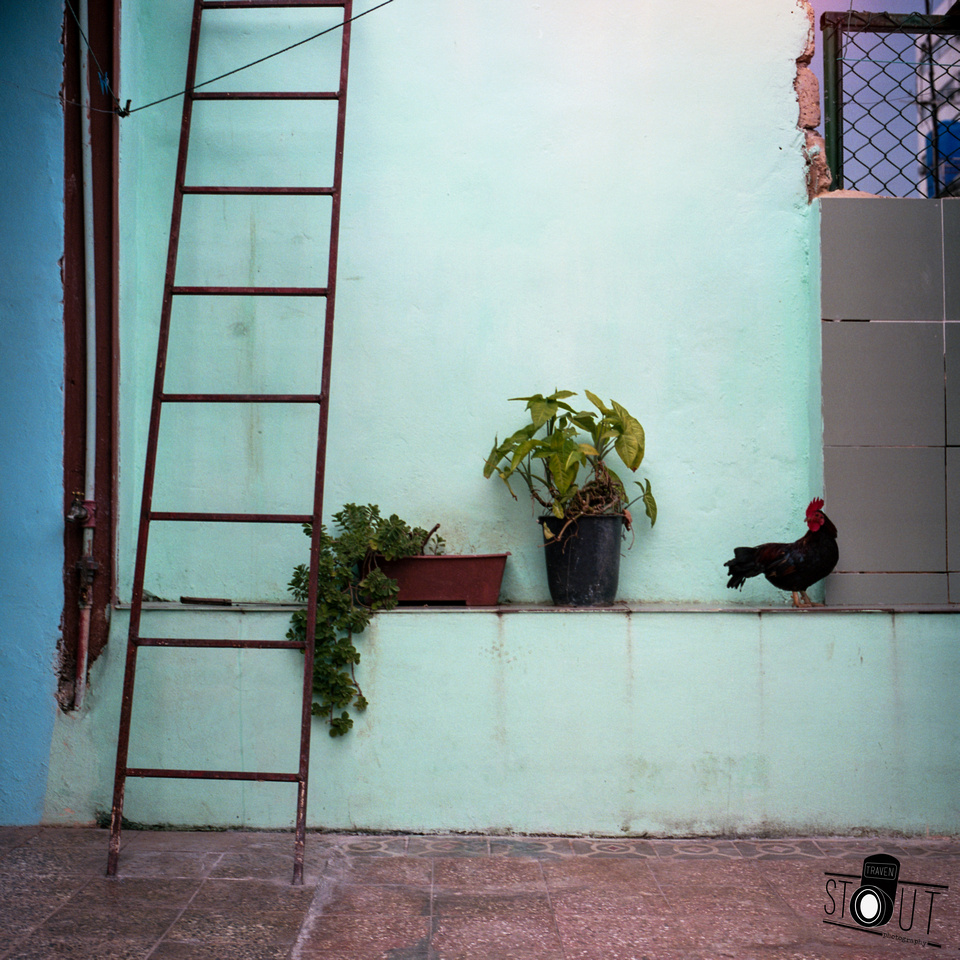 "Can I take you photo?" this is what I was asking strangers in my broken Spanish. It was mostly met with a smile and a nod. I would take a picture of some one and then I would take a picture with my instax polaroid camera and give them the polaroid. Havana was an interesting city. It was like New Orleans x10000 in the sense that it runs on its own time. The people were very laid back and friendly. I, being a sociologist at heart, was very interested how their society and country worked. I constantly asked locals about their culture and their country. Their seemed to be sense of contradiction in people. As I was talking to one person my age he explained his love for the culture. The vibe I got from him was that money is no big deal, you can go out at night drink have a good time run out of money and it was fine. The next day you would still have a bed to sleep and food to put in your belly. The government provides for its people. But at the same time he said he was trapped. He said he studied computer development in college, but upon graduating he learned that there wasn't any good paying jobs, that he could make more working at the cigar factory. As he described his situation more he explained that even working a good paying job at the cigar factory it still wasn't enough to afford to travel. He was literally stuck. Despite this he laughed it off and asked if I wanted a swig from his plastic water bottle that contained rum. It seemed like their was a true sense of community there. The people had each others backs. I did however feel much like a tourist the whole time I was there and I couldn't help but to feel an us vs the tourist kind of vibe. The hustle in Havana is tourism. Being a New Orleans native I understood this. New Orleans thrives on tourism and while some tourist can be annoying and aggravating they are vital to the cities survival. It was interesting being on the other side though. Instead of hearing "I bet I know where you got them shoes," it was "cigars!." One of my favorite experiences there was when my friend Anthony bought cigars off someone on the street. He took us into a back ally way through a couple corridors and into an apartment. We walked in through a tiny kitchen and into a living room. There seemed to be at least 5 people, a family that lived in that tiny apartment. As my friend bought the cigars I snapped photos, of course only after asking "puedo tomar tu photo?". I looked int the corner and saw this: 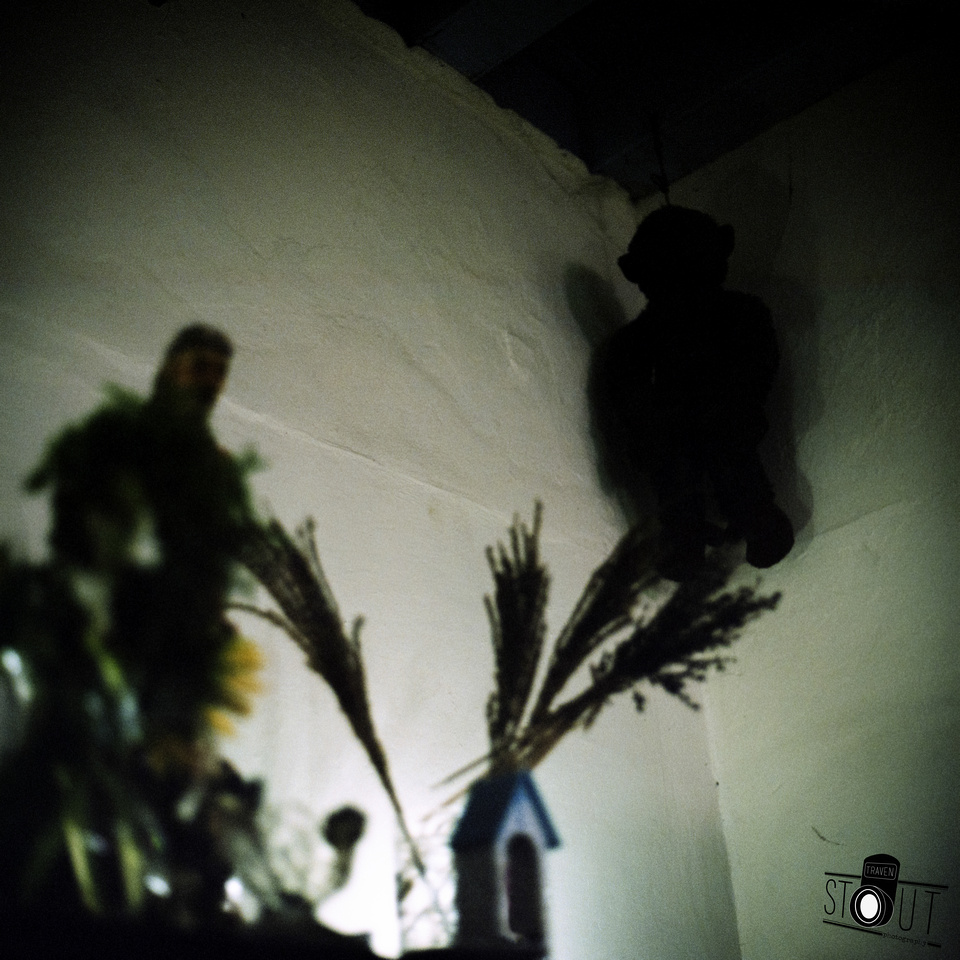 A teddy bear hanging from a rope in the corner of the room. Under it was an altar of some sort. Havana much like New Orleans has a dark side of some sort. Come to the show and I can tell you the stories behind all the photos I took. All in all I loved it in Havana and I hope to go back again and explore the city more.