Kailey and I both had a off day so we decided to go play bridal shoot in the swamps. First we went to Bridgehouse thrift store off Airline highway to get the dress (nabbed it for $3, what what?! Kailey found some kind of scarf she was really excited about too) This is the spot if your in New Orleans and into thrifting. (Plus it supports the bridgehouse and grace house addiction recovery programs). We then got some flowers from Robert's Grocery and headed straight to the Barataria preserve of Jean Laffite National Park. If you've never been to this park you should really check it out. {BRING BUG SPRAY :) } Thirty minutes outside of New Orleans and you are in a completely different world. We walked a beautiful trail through the swamp and stopped and took photos whenever there was a decent enough back drop (every 10 feet lol). 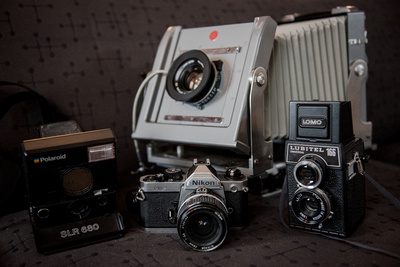 Now besides having a wonderful time playing with my partner in the New Orleans swamps, I was super excited to shoot film. In particular the 35mm Color Infrared film. Color Infrared film hasn't been made for over five years and it's pretty hard to find in 35mm. I got my hands on some from the guys over at the film photography project. From my understanding they got a hold of some of the old kodak aerochrome sheets and cut it down to 35mm. Kodak aerochrome used to be used by the military. They would use it in spyplanes to spot the enemy hiding under fake brush. Anyways I got a couple medium format rolls and some 35mm last year and it's been sitting in my fridge until now. For this shoot I loaded up one roll of the Color Infrared, two rolls of medium  format (one Lomochrome purple, the other fuji provia that I had cross processed) some Polaroids, and the 4x5.

The shots from the lubitel came out remarkably. 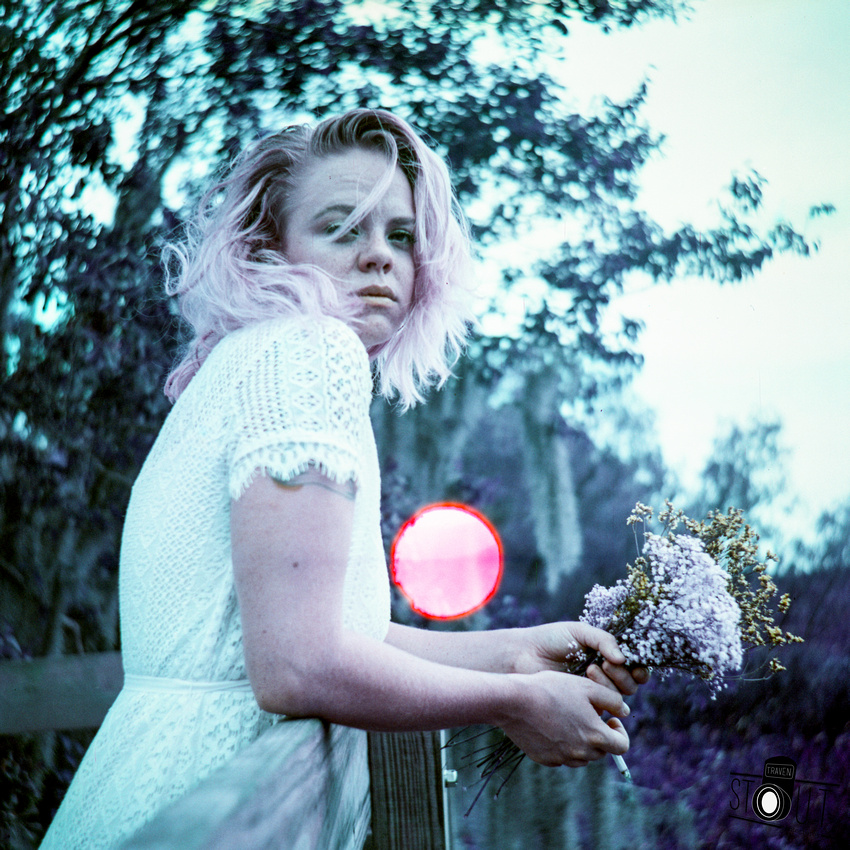 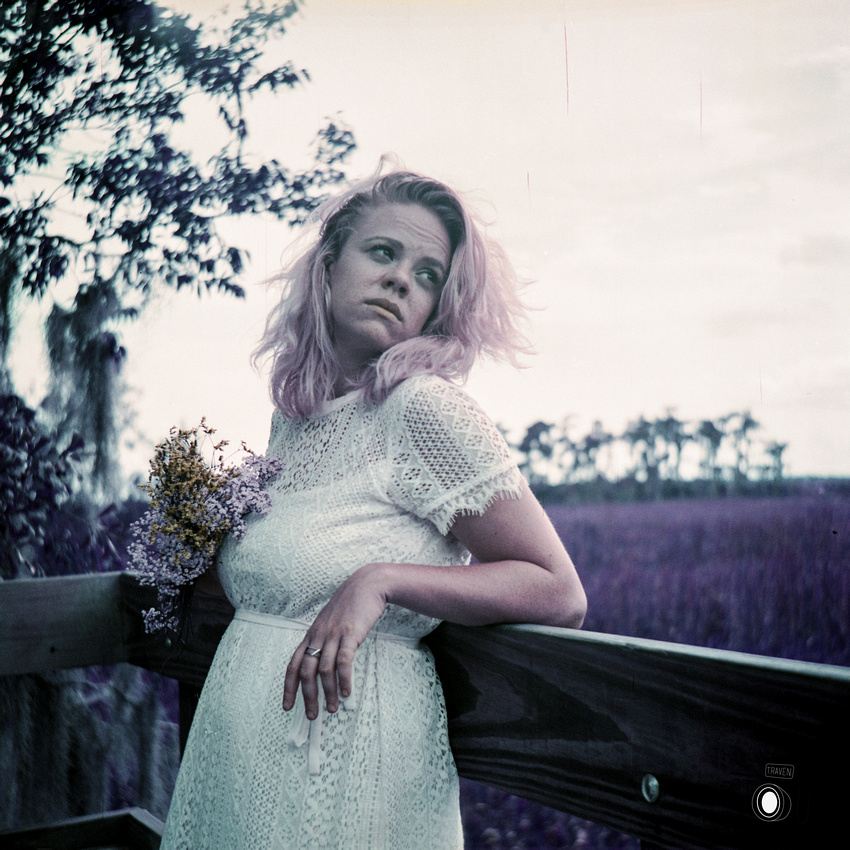 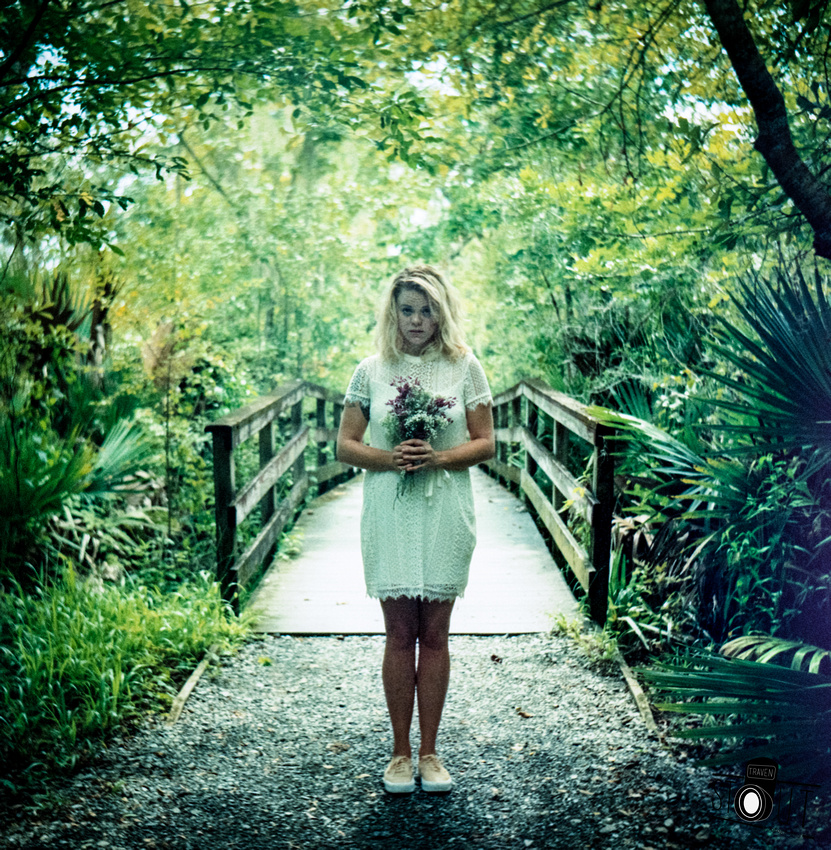 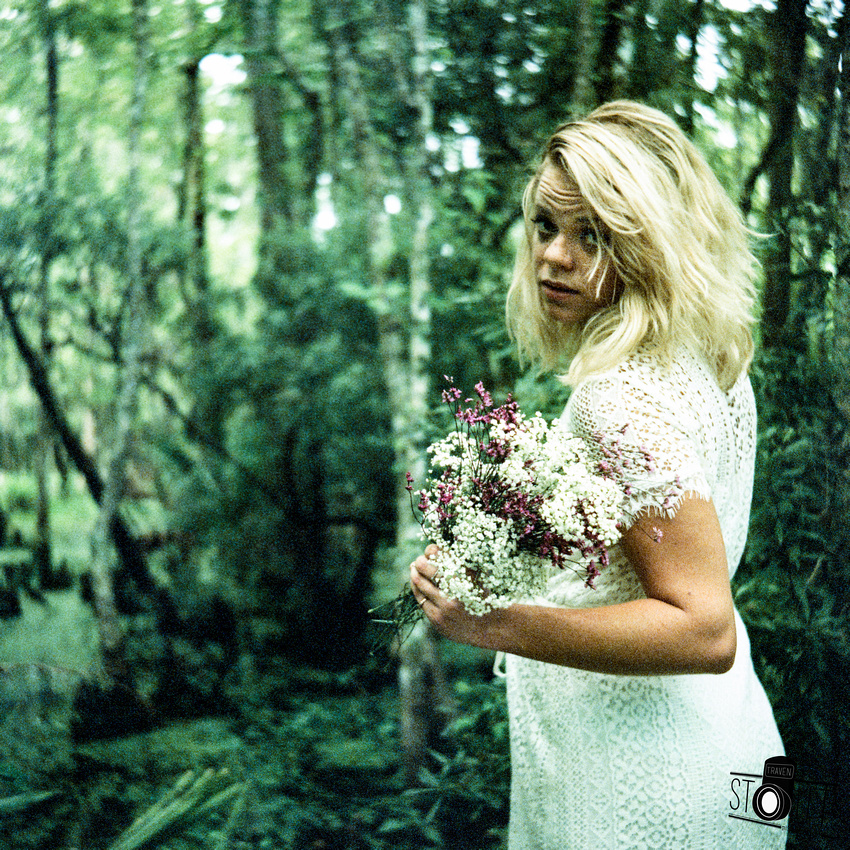 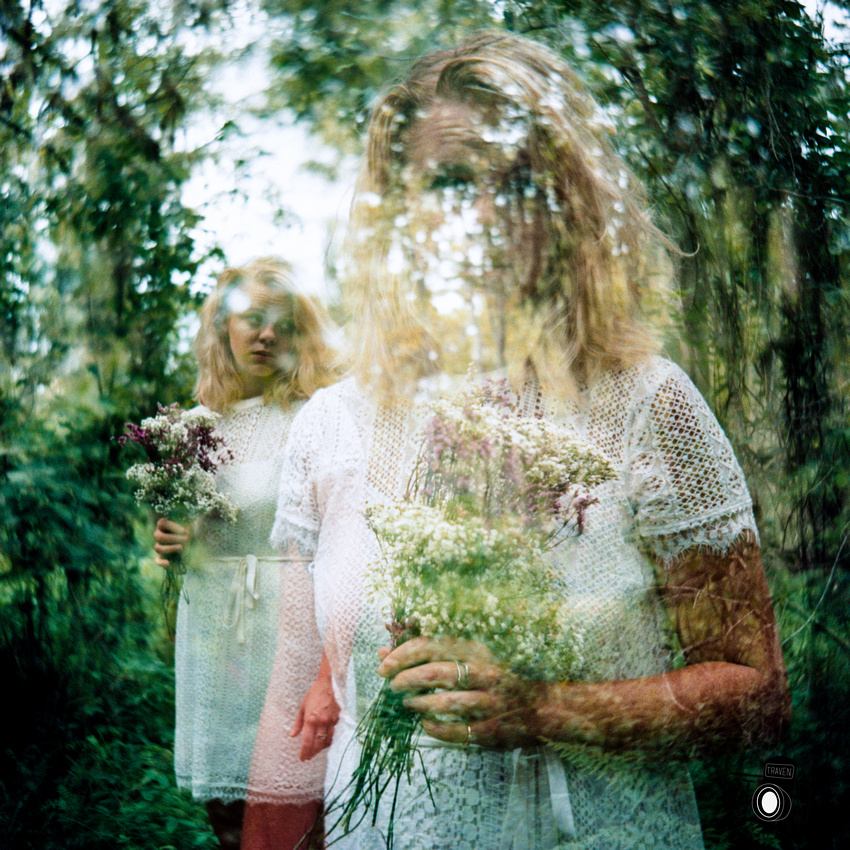 The above shots were made on fuji Provia 400 and cross processed. Provia is a marvelous slide film with beautiful realistic tones, but if you cross proccess it seems to want to give a a yellowish green tint. I cross processed this because I knew it'd be perfect with the the greens of the New Orleans the swamp. Cross processing is when you take a film and process it in the wrong chemicals. Slide film is supposed to be processed in E6. I processed this roll in c41 chemicals. 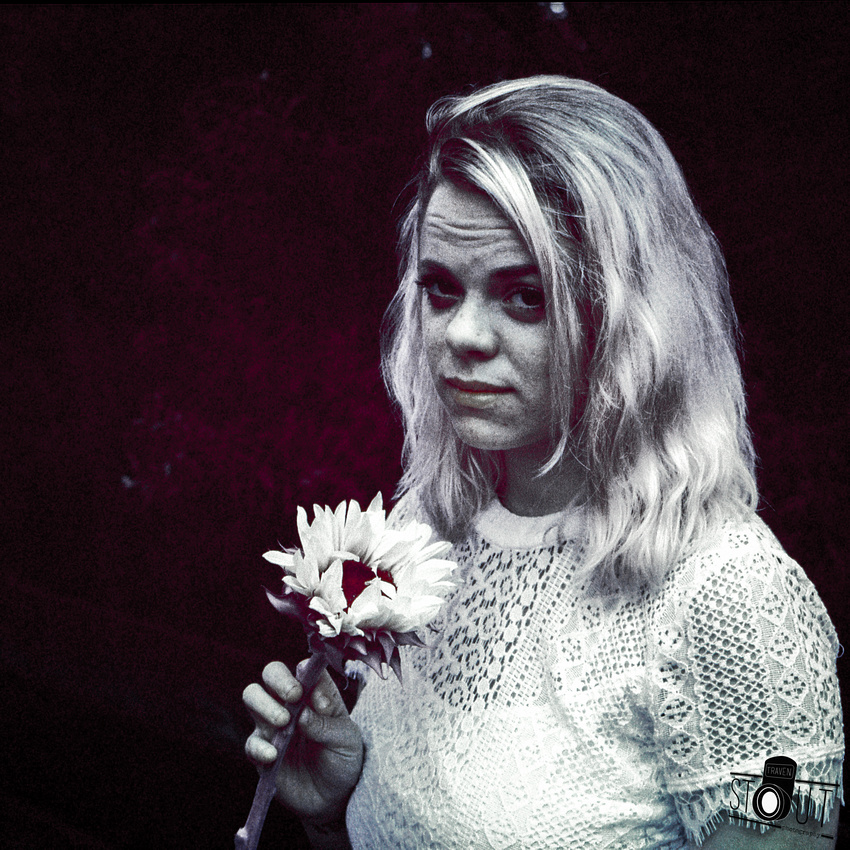 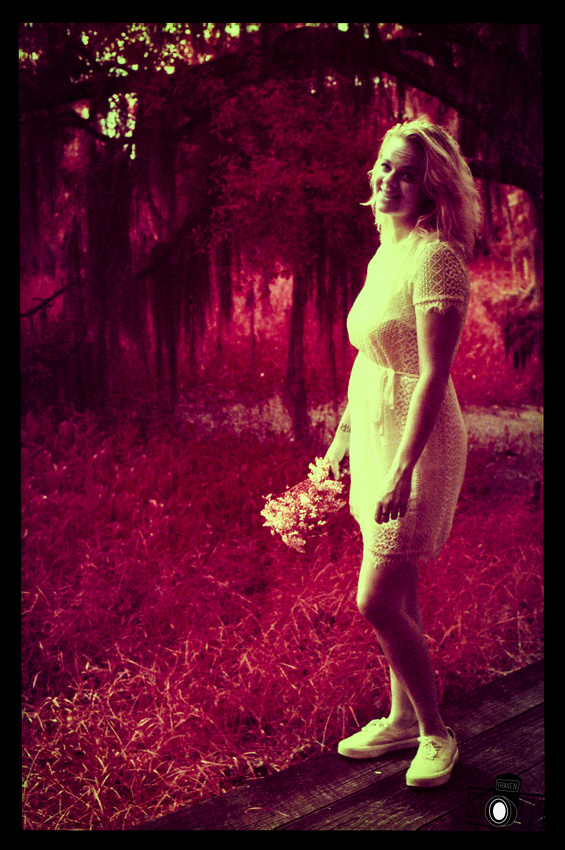 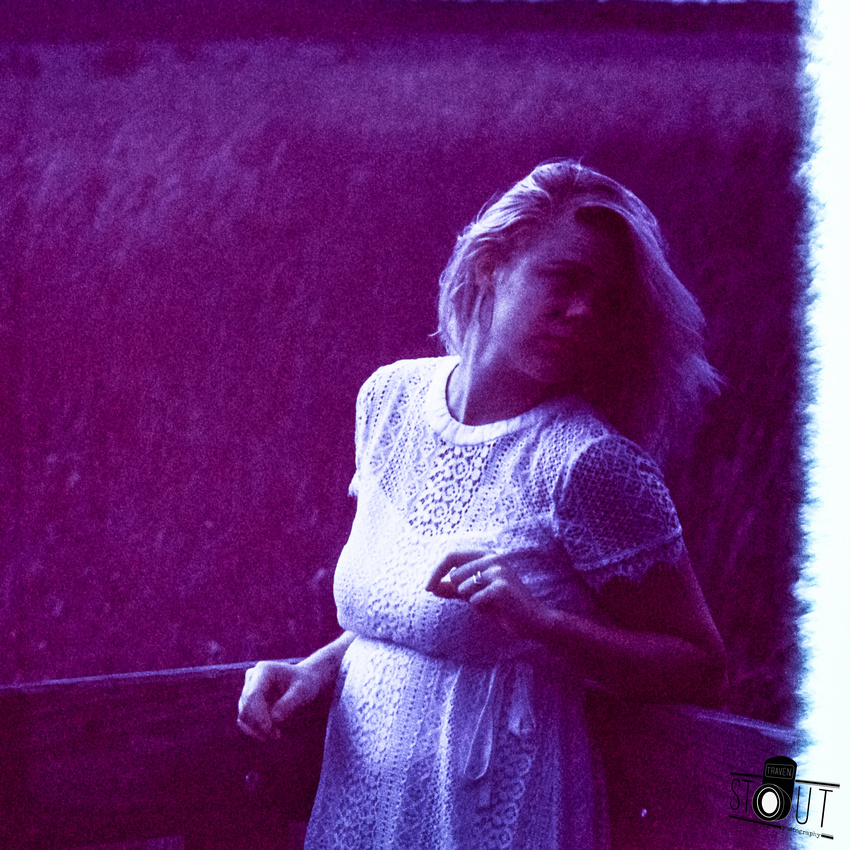 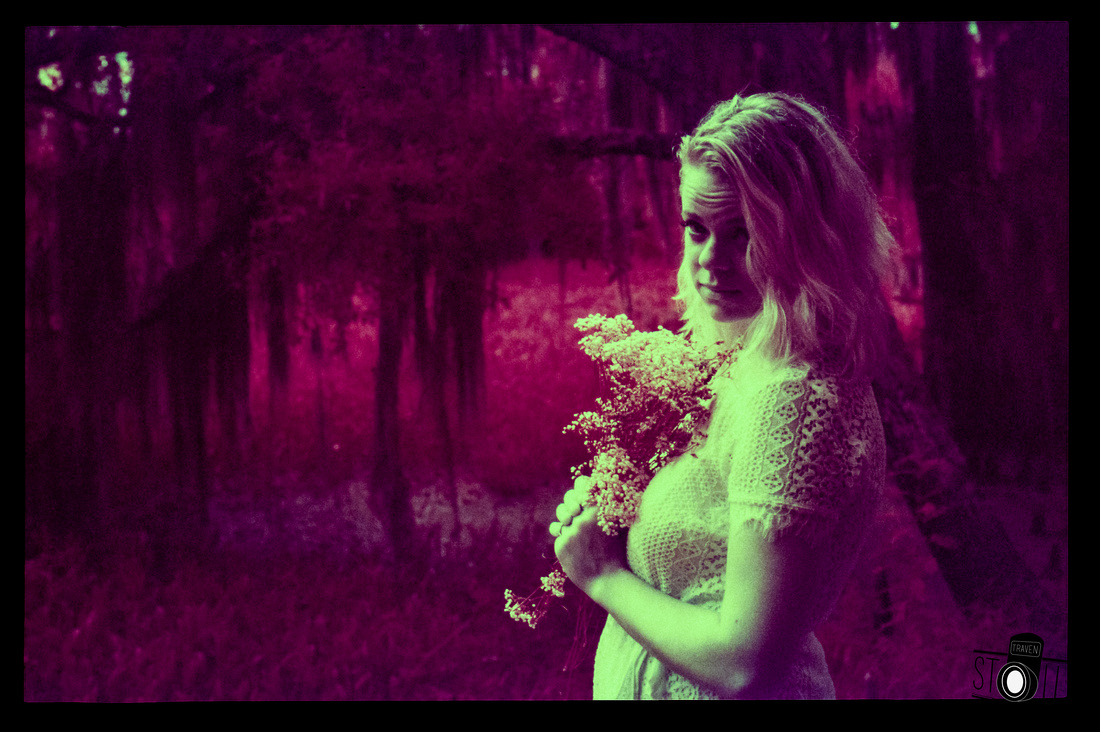 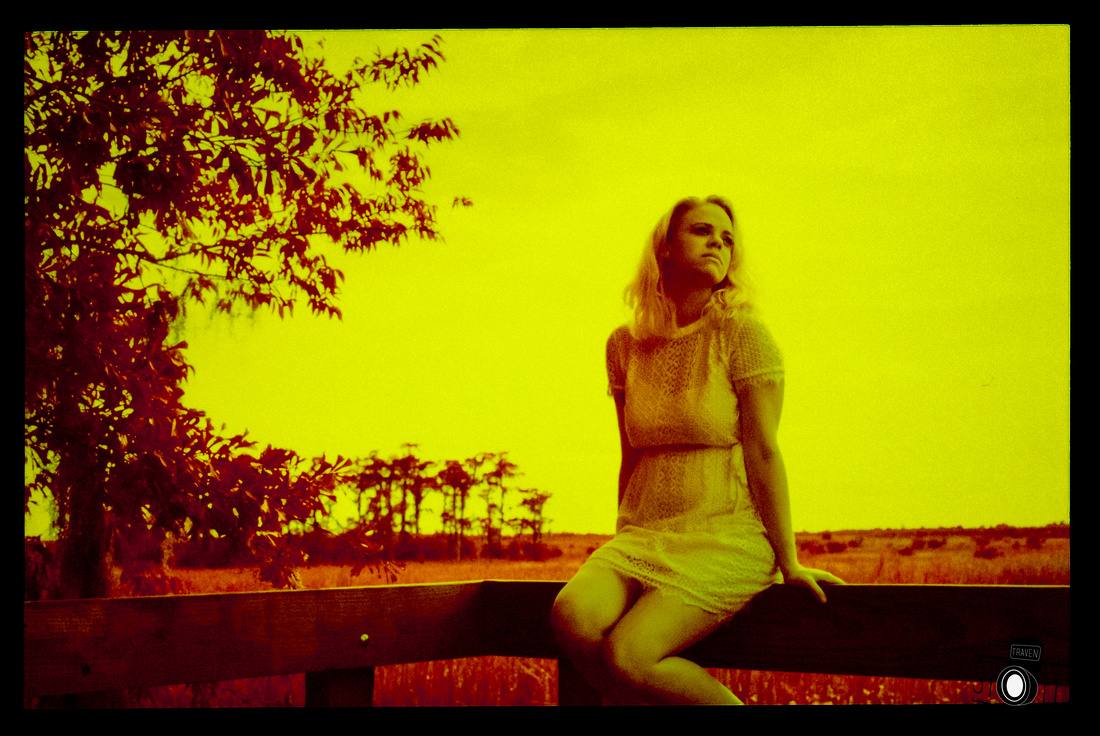 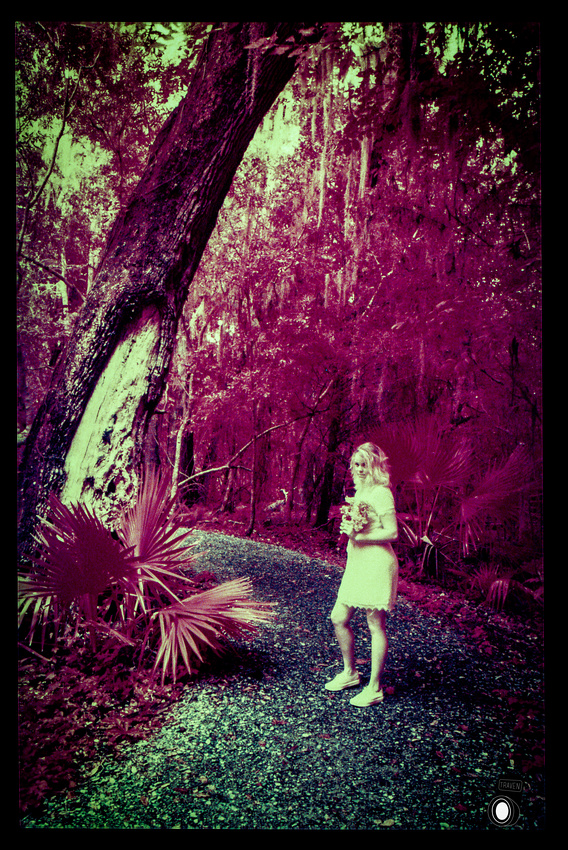 These were all shot on the Color Infared film that I was drooling over. I'm so happy with the results. I got 9 more rolls sitting in the fridge and I can't wait to shoot more! 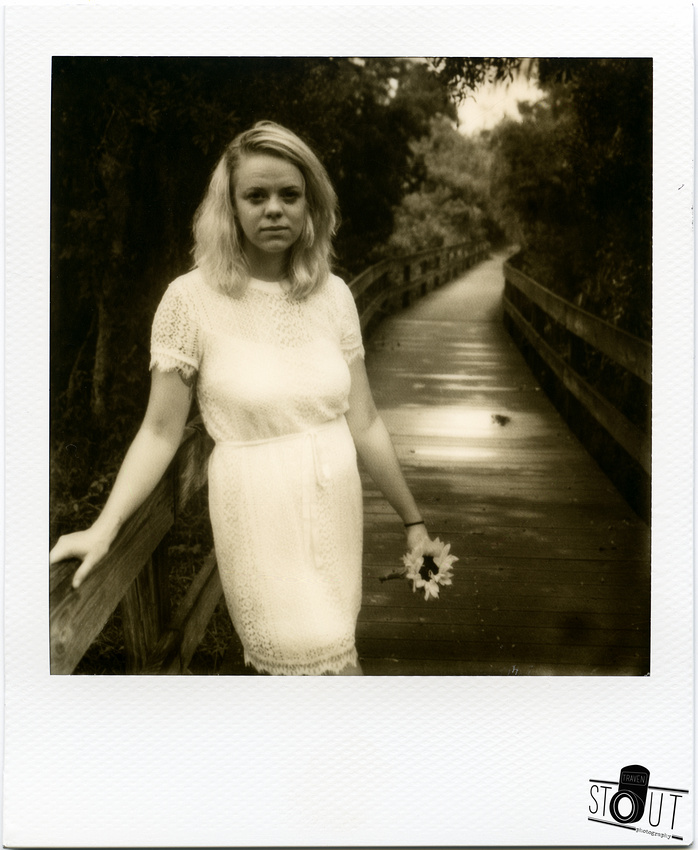 Yes Polaroids are still being made! A company called the impossible project bought some of polaroids old machines. Now from my understanding polaroid would sell them the machines, but would not give them the recipe for making the film. So Impossible had to make it up on there own. At first their films were pretty sketchy, a lot of time the image would be over exposed due their recipe being off. But over the years they have been working and improving their stuff. If you got a polaroid camera laying around go buy some impossible film and support the company. That company has single handedly brought back polaroid 600 cameras.

So the nice thing about shooting Polaroids (besides the fact that it's a polaroid, who doesnt love polaroids?!) is that I can make one of a kind fine art prints through a process called a Polaroid Emulsion lift. It's a process in which you rip a polaroid apart and peel off the emulsion layer. You then take this emulsion layer and place it on high grade water color paper. 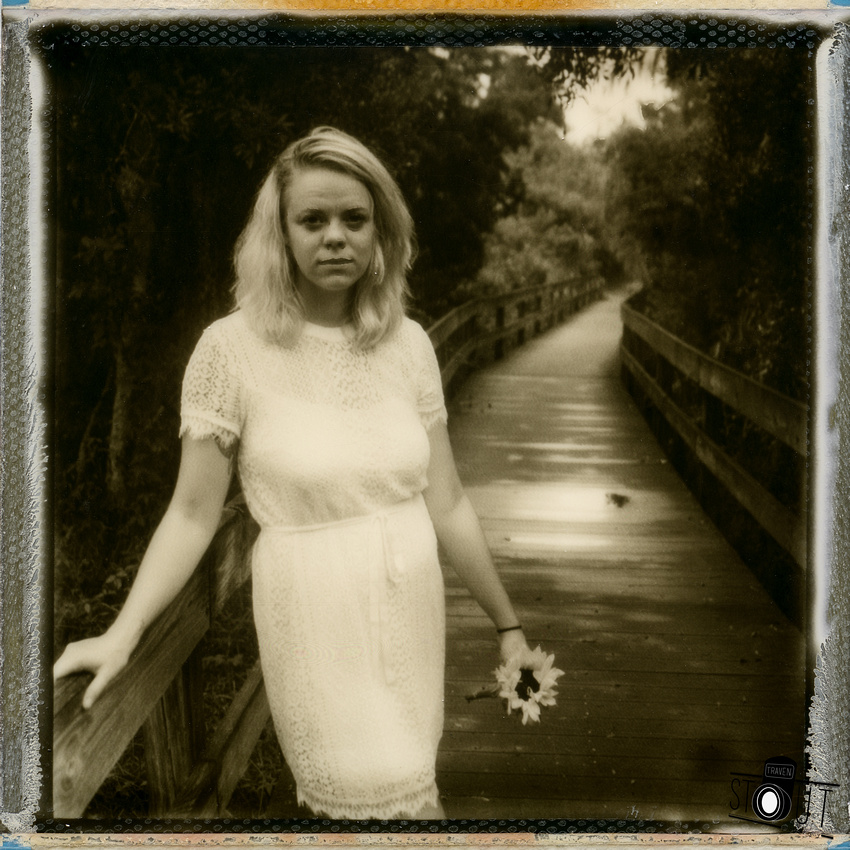 Above is whats under the white tape of the polaroid, I always scan this because I think it makes the coolest boarder. Below is emulsion lift process. 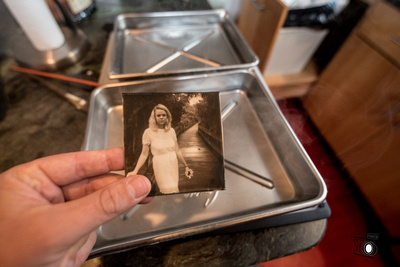 The result is a beautiful fine art print that is read to be hung on the wall. 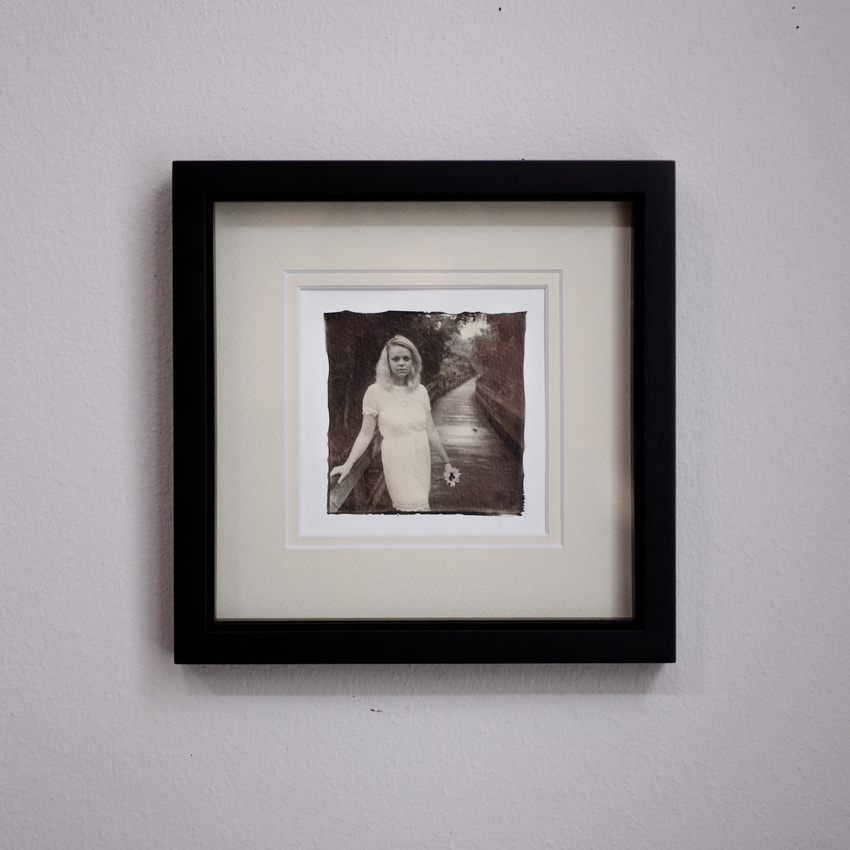 Last but not least was the 4x5
I shot a special film on the 4x5 too. Well it technically isn't even film. It's paper. Negative photographic paper is used to make prints out of negatives in the darkroom. (a negative film plus a negative paper = positive print)  This is positive paper. So when developed it comes out as a positive print. 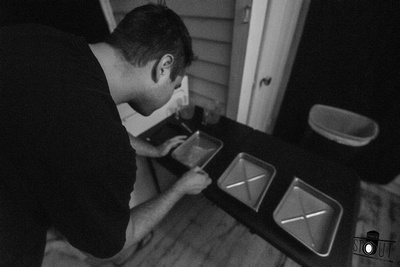 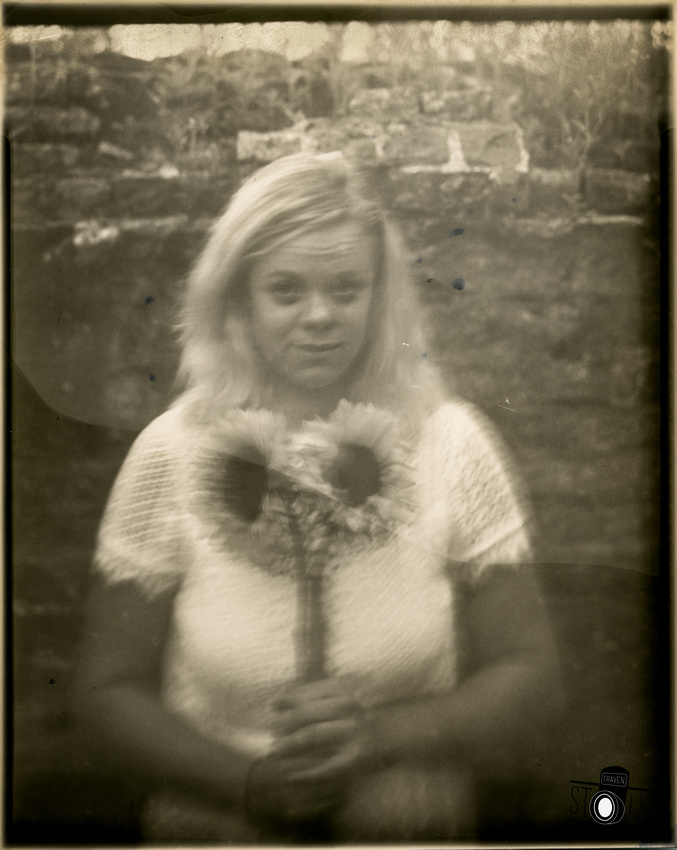