I was contacted in July by a good friend, Claudia Rodriguez, to do a photoshoot for 4 different tshirts all of which are New Orleans themed. Claudia is an extremely talented graphic designer (she is the one that made the Traven Stout photography logo) and she is in the beginning phases of starting the clothing brand Wrought Ink. Each one of her tshirt designs has a story behind it. 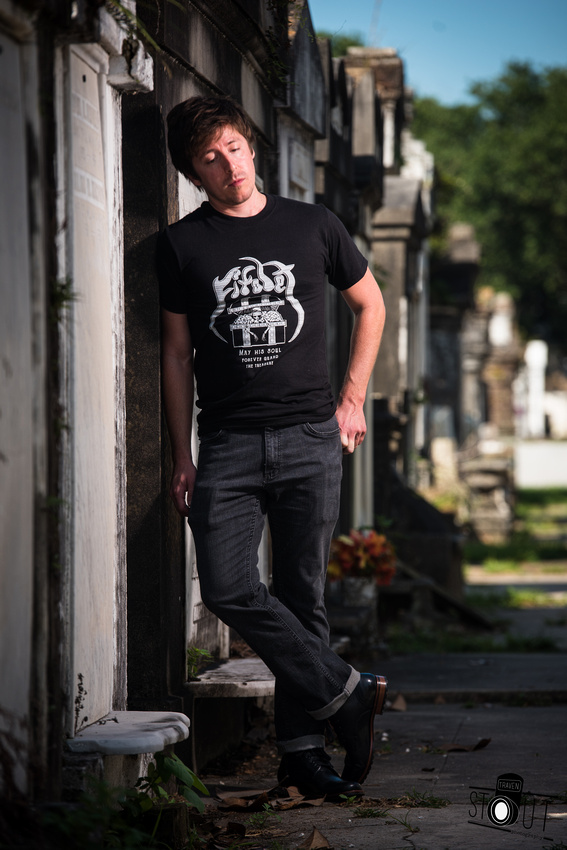 "Fifolet is an old New Orleans pirate tale. Pirates would kill one of their mates and throw the body in with the treasure. The dead pirate's ghost was then destined to protect the treasure forever." 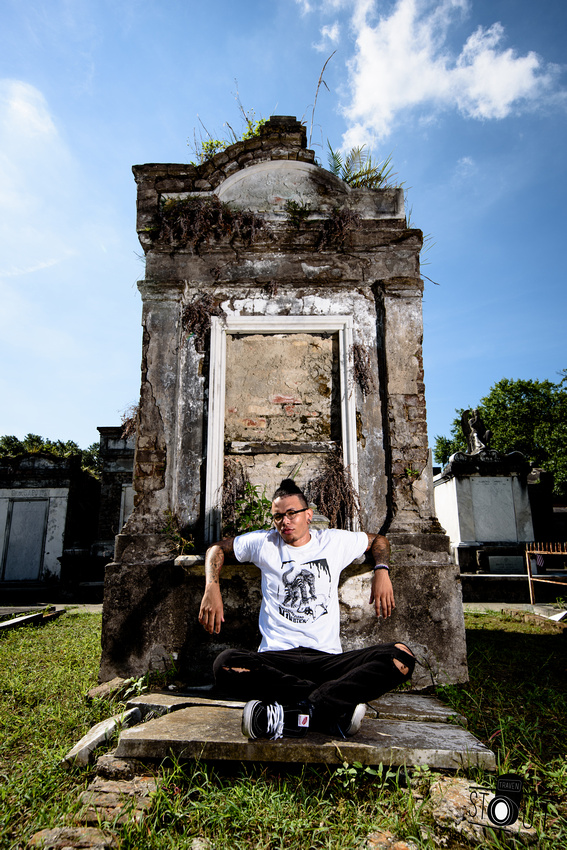 "The Louisiana Honey Island Swamp Monster first got attention in 1974, when hunters Harlan E. Ford and Ray Mills found giant four-toed footprints next to a dead hog with its throat ripped open. Legend claims the monster was the result of interbreeding between swamp alligators and a group of chimpanzees that had escaped from a circus train."
www.history.com/shows/cryptid-the-swamp-beast/articles/cryptids 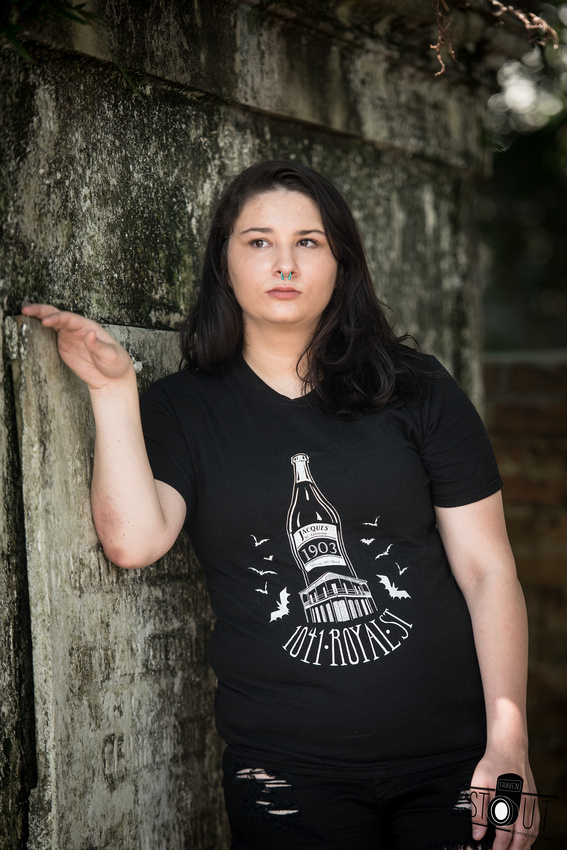 "Jacques St. Germaine lived in New Orleans in the early 1900s. One day he picked up a young lady and brought her to his home. Neighbors heard the girl scream and found her with bite marks on her neck after jumping out of St. Germain's window. When police arrived he was gone, but they found several blood stains on the floor of his wine cellar along with wine bottles filled halfway with wine and halfway with blood." 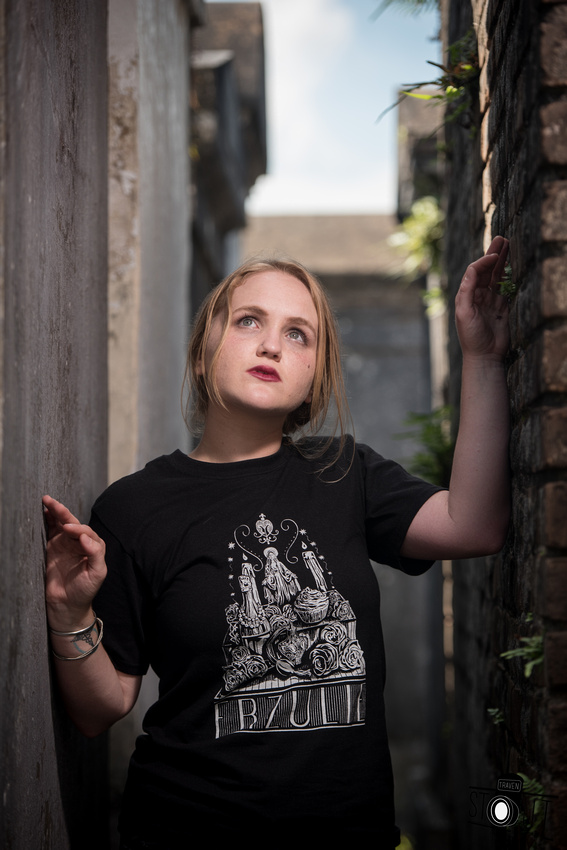 "Voodoo temple for goddess Erzulie, the goddess of love. Slaves were forced to practice Catholicism. Mother Mary was used to represent Erzulie to fool slave owners." 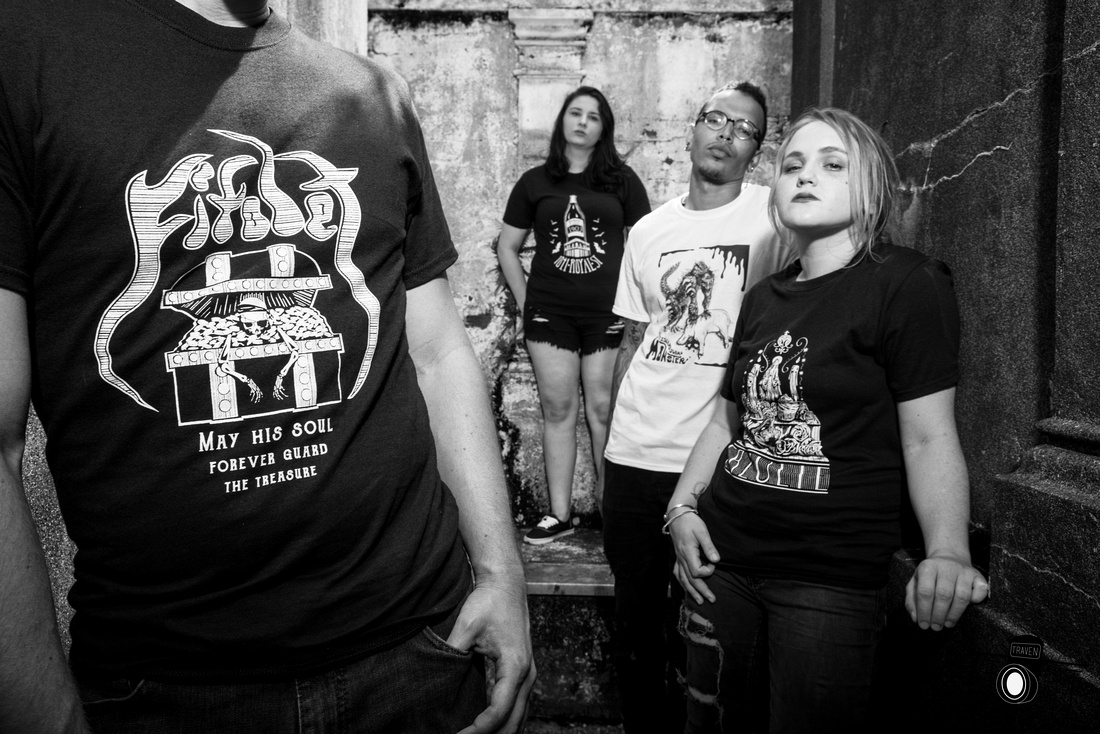 Best of all Claudia is donating 5% of Wrought Ink's proceeds to Save Our Cemeteries.

You can check out more of Wrought Inc at:

Mega thanks to Paige, Ricky, Nick, and Marley for modeling!