Carnival time is a special time of the year for me. For a good 10 days during the carnival season the city of New Orleans practically shuts down for parades. The parades basically equal one big street party. The beauty of it all is the mingling of people. Random people from all walks of life coming together to have a good time. There's a certain kind of magic to it; and there is so much background, tradition, and culture behind it that it's hard to explain it with out being there. During this time I try to get out and into the streets as much as possible to capture it with photography. It was when I was at the University of New Orleans in 2013 studying sociology that I started this series. It was then when I realized that it isn't Mardi Gras that is special, it is the individual people that make Mardi Gras happen that are special. Mardi Gras wouldn't be Mardi Gras without the people that put work into Mardi Gras. People put hours of work into making costumes, making floats, and the people actually working the routes(police,EMT,Public Workers, service industry) All of this mixes together into one big result. This series started as a way to look at how the individual plays into the whole of society... from there it's turned into a progression of my photographic style, to a way for me to attempt and try new photographic techniques, to a way for me to play with new gear and cameras.

These photos are from last year. Most shots were made on my medium format camera shot on tmax 400 film, some on a large format 4x5 camera, and some digital. 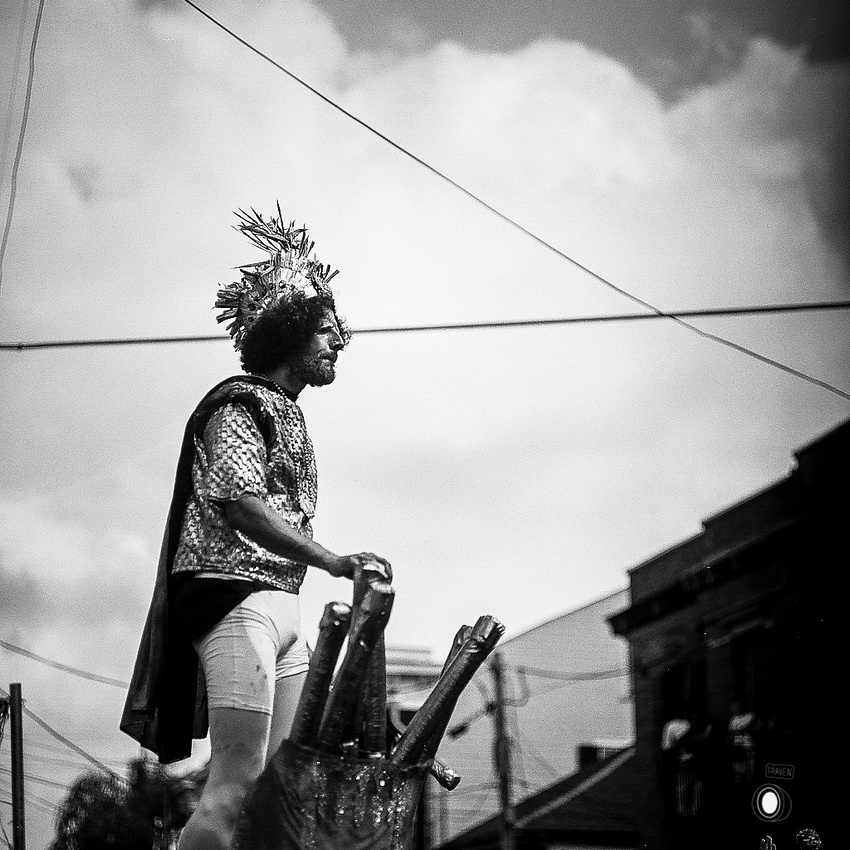 Why did I wait a year to upload these photos?

1. So I forget what I shot. It's a photographic technique.

Sometimes when shooting it is hard to not get emotionally attached to a certain shot. It's important  for a photographer to be able to detacth from the feelings they get when shooting an image to the image itself. Ever take a photo that you loved but no one else liked, then looked at it a year or two later and wondered what you were thinking? I have. It's typically because you enjoyed the feeling you got from shooting the image more than the actual image itself.

2. It's hard to process film, scan it, and edit it all that quickly. but mainly number one.

You can see more on my instgram account specificaly dedicated to this series.