As I'm sure many of you have heard Gene's poyboys has closed earlier this week. This poboy shop was a staple in the neighborhood. It was there my entire life and it was just one of those spots that screamed New Orleans with it's hot pink building. GENE's HAD THE BEST HOT SAUSAGE POBOY IN TOWN (and therefore the world.) It was located right on the edge of the Marigny triangle on Elysian Fields and Rampart. That whole area has been slowly changing the past 15 years and has been becoming "nicer" as some would say. Gentrified as I would say. So it was no shock to hear a couple months back that the whole building was for sale. When I heard this I knew I needed to get shots of the building and the people there.  I felt the need to record and document this spot while it was still in service. Specially as of the past year with the death of many New Orleans greats (Dr John, Art Nevile, Leah Chase) and the closure of many iconic New Orleans places (f and f's, circle grocery) 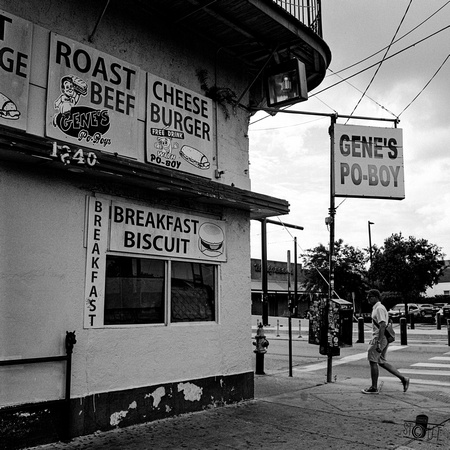 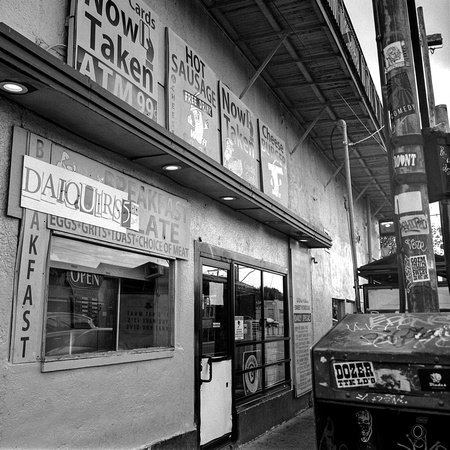 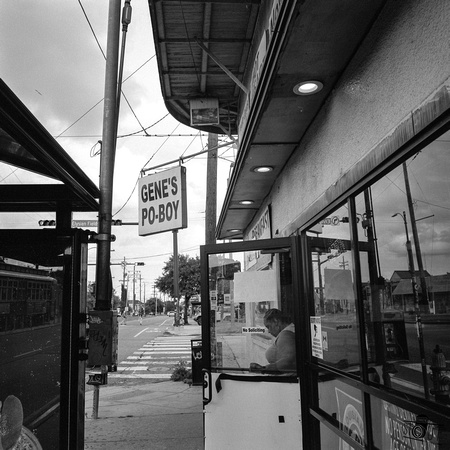 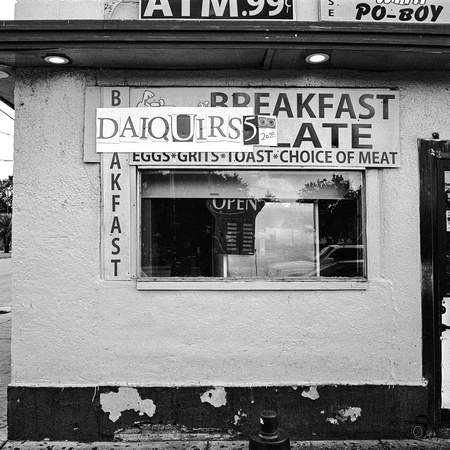 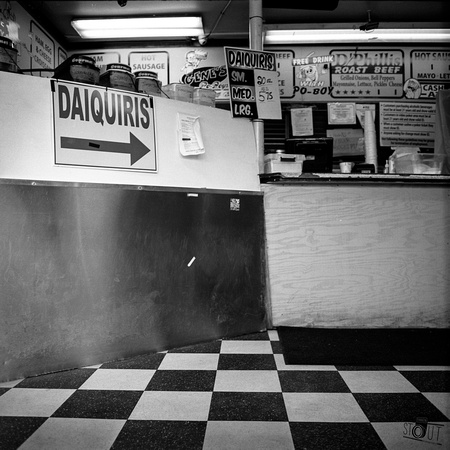 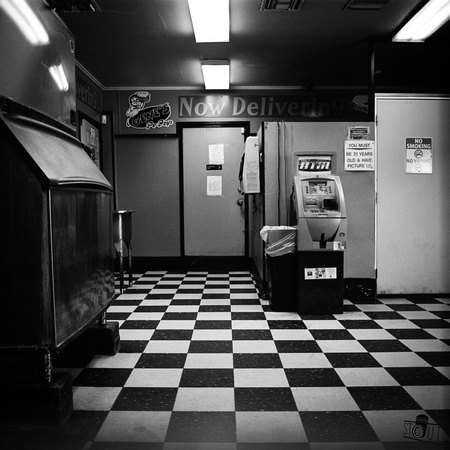 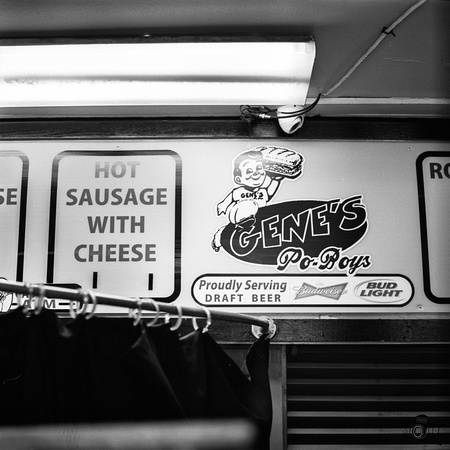 As I was getting shots of the outside of the building an older man walked up from across the street with a hand full of groceries and asked, "You want a shot of me?"

Me: "No thanks I'm just getting shots of Gene's before they close." 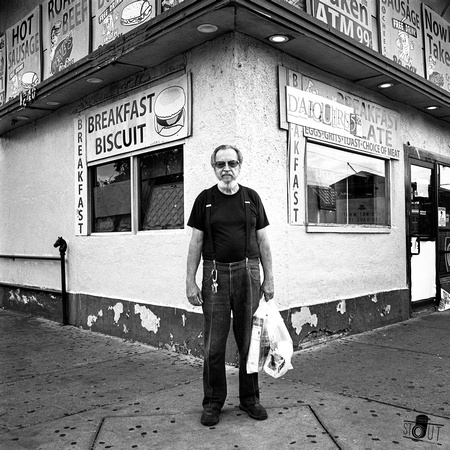 I ended up talking to him for a good thirty minutes. He had some pretty interesting stories about growing up in the city. He said he dropped out of school and started out washing dishes. Worked his whole life in the quarter. An opportunity came up to open his own shop and he went for it. Said he lived upstairs and ran the place from there a good number of years. I think he was staying up there when I was talking to him because he walked in with a bag of groceries then disappeared when I went inside to get some photos of the interior. This man is a true old school New Orleanian. I recognized it in him the moment he said "I'm Gene." As I was talking to him I couldn't get past the idea of how the city is changing and how an entire generation that helped define and make New Orleans what New Orleans is now, is starting to die off. It partly saddens me. At the same time it hits me that there was a generation that defined New Orleans before Gene's. So there's going to be a generation that defines what New Orleans is after him. It's up to my generation to keep, preserve, and at the same time add our own flavor to the mixing pot that is the culture of New Orleans. 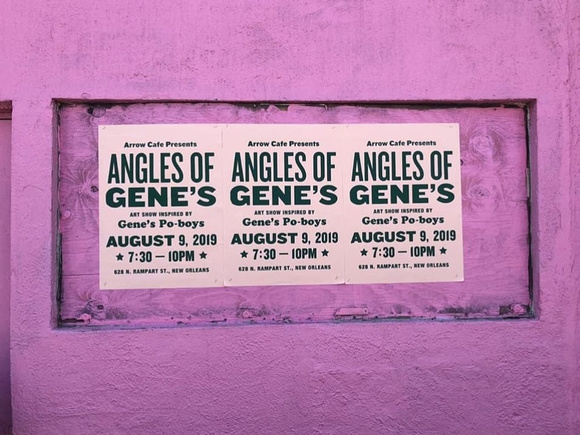 This Friday August 9th there is an entire art show dedicated to Gene's Poboys at Arrow Cafe. (628 N Rampart St, New Orleans, LA 70116)
I made a couple of small prints that will be available to purchase at the show. $30 for a framed 4x4 print $25 for unframed 6x6 print. As I was dropping off prints I got a peek at some of the other art work they had. Some pretty cool stuff. Go check out this show.